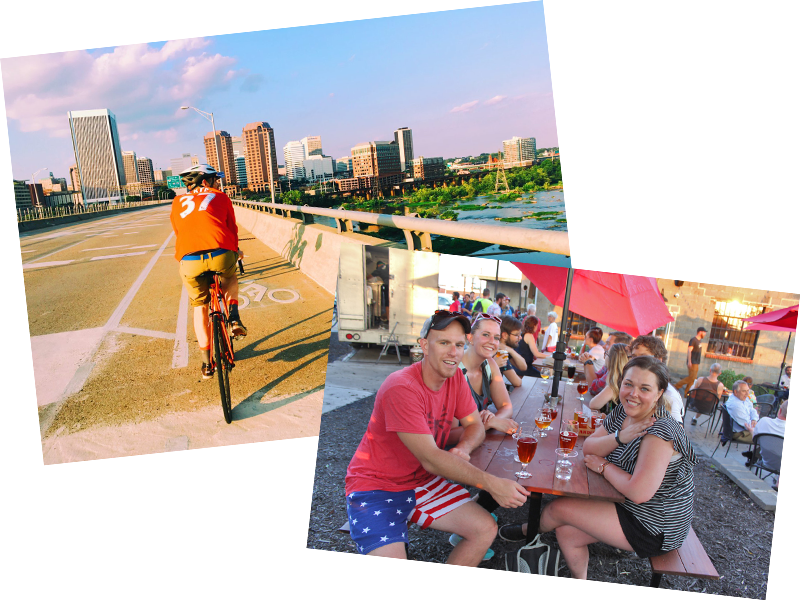 It's hard to have more fun on two wheels. Grab your bike and a friend and join us for our monthly rides as we explore areas and facets of RVA you might not be familiar with.

Explore Richmond’s neighborhoods and get to know its history, architecture, and people.

Our pre-planned routes are family-friendly and accessible for all skill levels.

Each ride culminates in something fun–a speaker, live music, food, beer–you never know, so you’ll just have to ride.

Meet up with other riders in your neighborhood and bike to the secret destination together.

Get outside and enjoy a fun, healthy activity. 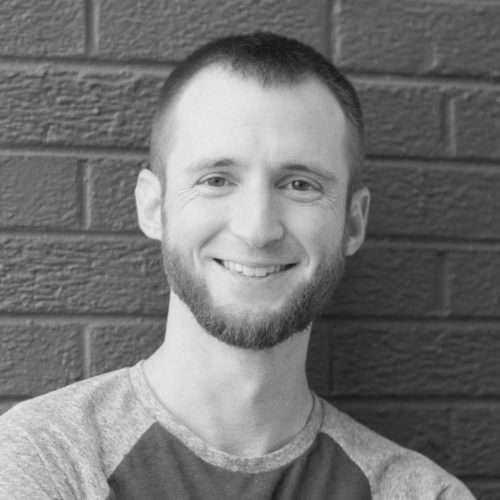 Bike stuff: I ride my bike nearly every day as a mode of transportation, and have done so for the past three years on a bicycle I bought for $75 on Craigslist. Biking doesn't have to be an expensive habit!

Why Breakaway RVA? The concept sounded so cool, I begged to be a part of it. Thankfully, the group said yes, and I can't wait to help Richmonders discover new parts of Richmond! 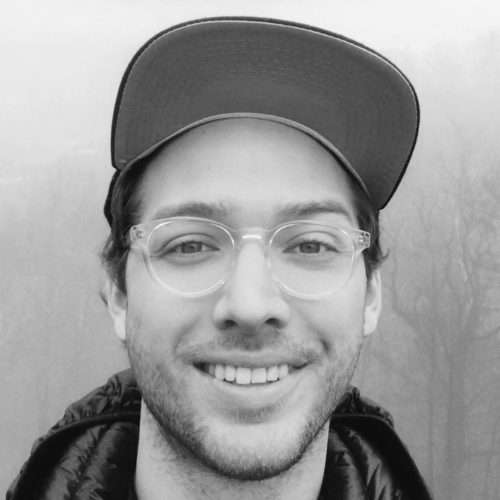 Side hustle: I occasionally sling pizzas in the evenings and make a pretty good cookie - one day The Cultured Cookie will be a thing.

Bike stuff: I am not the most avid bike rider, but I love getting together with friends or cruising when the mood strikes, and BreakawayRVA has provided an excellent reason for me to keep my tires pumped!

Why Breakaway RVA? Breakaway has been a dream of ours ever since my wife and I participated in a similar event on one of our Denver excursions. Collectively, we assembled an awesome team and over the period of 8 months of planning made BreakawayRVA a reality. 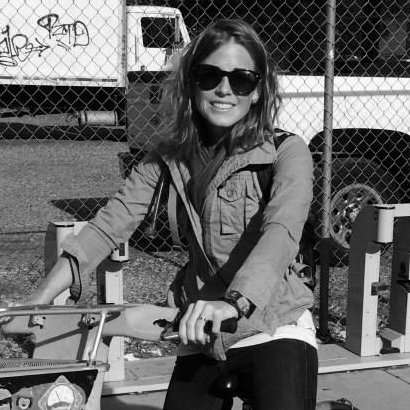 Side hustle: Freelance writer specializing in private and government grant applications (gotta put my two masters degrees to good use).

Bike stuff: My whole family got into mountain biking around 2010 and it was a great excuse to dust off my old Gary Fisher and hit the trails. Andrew and I love riding the trails in Richmond, Williamsburg and Chesterfield. We don’t ride as often as we should, but any time we do, it’s a blast! Any time I get out and ride in the city, I am always pleasantly surprised at just how easy it is to get around on a bike (yes, even on a mountain bike).

Why Breakaway RVA? See what Andrew said, but I absolutely fell in love with the excitement that comes from hundreds of people biking as a group on the road. Denver Cruisers was like a party on a bike and that excitement for biking was contagious. As Richmond itself got bike fever, it became evident that it was important for people to ride their bikes - cars and bikers need to get used to and respect one another on the road and that will never happen if we aren’t out riding. Breakaway RVA was born out of a collective group effort that far surpassed our expectations of what this event might look like - I can’t say thank you to each of these people enough for bringing this random idea to life bigger and better than ever. Cheers to future RVA bike parties! 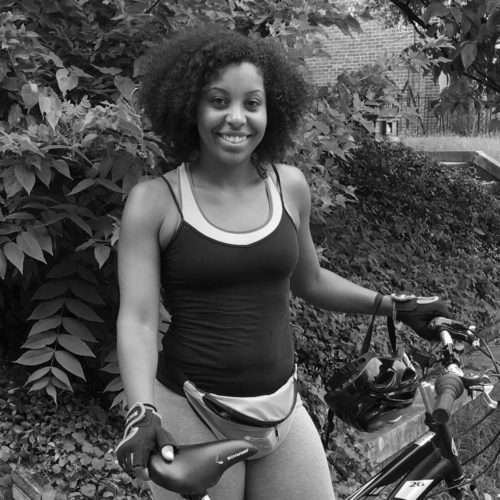 Day job: I am the owner and lead therapist of Avail Outpatient Counseling.

Bike stuff: I currently ride a 700c Schwinn Women's Mutli-Use Bike. As an LCSW, I believe wholeheartedly in a positive balance between work and life. I practice self care by practicing meditation, yoga, and more recently bicycling.

Why Breakaway RVA? Literally, a few days after purchasing my bike I overheard my coworkers Andrew and Sydney Lester discussing a great bike experience they had. I chimed in and we began discussing how awesome it would be to have some type of bike movement here in RVA. They invited a few other friends and we all began meeting in fall of 2015 to discuss how to create a bike experience that RVA would not forget. From there it was the start of something great, Breakaway RVA. I am happy to be apart of the founding group. Each one of us bring a unique set of knowledge, skills, and abilities that makes this an exciting, fun journey to ride on, literally! 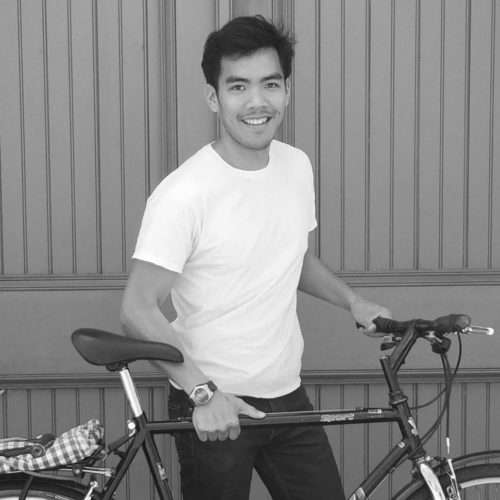 Day job: I am currently an urban planner within the City of Richmond and one of its biggest cheerleaders. I work on many projects throughout the city as they relate to economic development and quality of life.

Side hustle: Sitting in boxes (when the occasion arises); running and swimming along the James; and sampling treats from Richmond’s butchers, bakers and candlestick-makers.

Bike stuff: Biking in and around the city is not only my main means of transportation but the main way I learn and engage with the community at large.

Why Breakaway RVA? I joined BreakawayRVA because their mission very much aligned with my professional and personal mission, to advocate for our beloved city. As a member of this team I hope to spread bike awareness in our community while simultaneously elevating the profile and relevance of our city in both an historic and contemporary context. 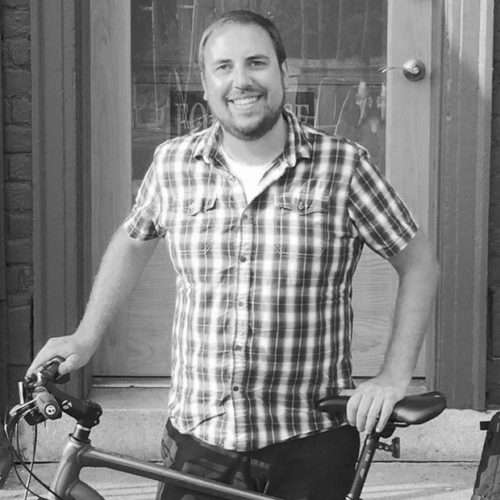 Day job: I’m the owner of Boulevard Creative, a creative marketing firm in town specializing in web design, short form video production, graphic design, PR, and copywriting.
Side hustle: Editor and Co-founder of RVAHub.com, a news and events website with six hyperlocal neighborhood sections covering news affecting the city as a whole and on a granular level as well.

Why Breakaway RVA? I love anything with the goal of making our great city more connected, more social, and more bike friendly, and BreakawayRVA does all three of these things! I began working with Sydney and Andrew (two long time friends) on this project and was lucky enough to become friends with the rest of the awesome team members through six months of planning and preparation. Our first ride, the culmination of all this hard work, was incredibly rewarding. 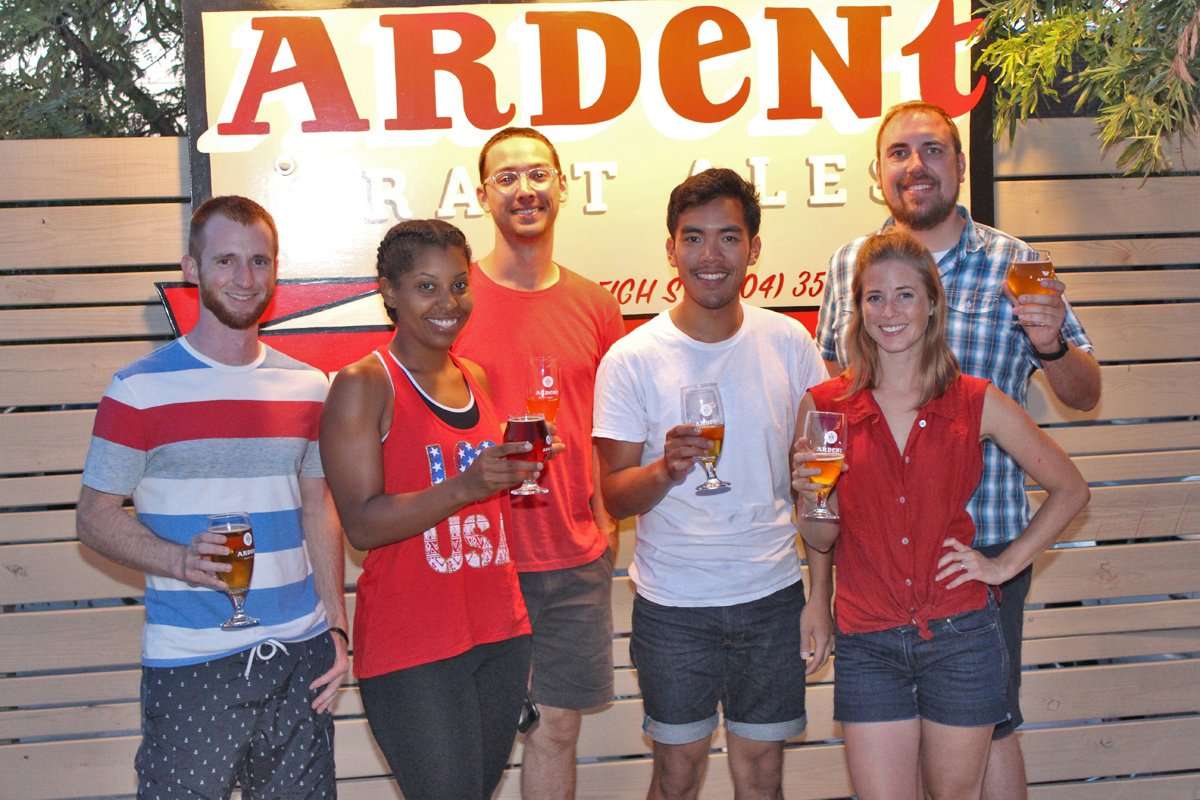 How it all started

After attending a social, group biking event in Denver that drew hundreds of people sporting costumes, cow bells, and glow sticks ending at a mystery location, Andrew and Sydney Lester returned home to Richmond, Virginia, a city with decidedly far less bike infrastructure, but no shortage of bike advocacy.

Richmond was the stage for the 2015 UCI Road World Championships; bike infrastructure, bike advocacy projects, and bike supporters abounded. We thought to ourselves “wouldn’t it be cool if something like Denver Cruisers existed in Richmond?”

We knew inherently that cars and cyclists would never acclimate towards each other if cyclists stayed off the road (bike infrastructure be darned) so how could we get tons of people out on the road at one time – being safe, obeying traffic laws, loving biking – all while having fun?

We chatted up a few friends, fellow Richmond bike fanatics, and lured them in with promises of beer, and off we went. Soon the group grew to seven dedicated strangers, now friends, who put a “very Richmond” twist on the social biking concept.

Breakaway RVA was born with a mission to build community through biking and biking through community. Each of our unique rides consist of various neighborhood starting locations around the city, a super secret end location, Richmond history lessons, and whatever else we can cook up! All we can promise is fun.

Breakaway RVA is your chance to breakaway from the current status quo, so change the norm – get off that app, hop on a bike, meet a new friend and explore the best that Richmond has to offer!

By riding, you agree to obey all rules and laws of the road, such as stopping at stop signs and obeying traffic signals. By choosing to ride, you are doing so at your own risk and Breakaway RVA and its representatives are not liable for your safety. Safety equipment such as proper lights and helmets are strongly encouraged.

Check out this informative bike safety guide from our friends at Bike Walk RVA to stay safe on the road during our events and anytime you ride.